David V. Gonzales was born on February 3, 1971 on an U.S. Air Force Base in Weisbaden, Germany. He grew up in Santa Fe, N.M. enjoying the benefits of belonging to a large and closely knit extended family, well rooted in the area for 5 generations which included many well known artists such as wood carver, Ben Ortega and weavers Jose and Pedro Rodriquez from the Canon Road District. “As far back as I can remember I have been working with art materials to create something based on my observations.” (David V. Gonzales)

It was evident in his youth that Gonzales was a gifted and talented artist. He attended St. Catherine’s Indian School in Santa Fe and began exhibiting his work at the young age of 12. By the time he was 17, he received the “Governor’s Award” and his art was on display at our Nation’s Capitol in Washington, D.C., as well as the Governor’s Mansion in Santa Fe, N.M. Gonzales received a full scholarship to attend the San Antonio Art Institute. His works have been include in several National Museum Traveling Exhibits sponsored by the DOW Corporation and an International Exhibit where his art was displayed next to the art work of Keith Haring who is famous for his contribution to the Pop Art Movement. In 2014, Gonzales was awarded “The Best Raw Artist” an International distinction given by Pure Living and in 2015, his painting, “The Peloton” was the winning National USA Pro Challenge Poster.

Gonzales’ early work reflects his heritage, rich in Native American and Hispanic Cultural Traditions, but it quickly expanded to include many styles and a multitude of mediums. Using oils, acrylics, watercolor, pencils, pastels, wood, and bronze, Gonzales has created 2 and 3 dimensional pieces ranging from photo realism to abstract.

In 1997 Gonzales moved to Colorado, after falling in love with the small town of Manitou Springs. It was there that he began to masterfully express his fascination with relative objects moving through space and time. It is this movement of related things that unifies his diverse body of work. It is what makes his art unique and easily recognizable. His work is not a static representation of a single moment in time; rather they are more like living entities with a past, present, and future, ever moving and unfolding.

Gonzales has a strong commitment to helping his community. He has done many murals for non-profits such as the Goodwill Industries, Wild Forever Wildlife Rescue, Public Libraries, and Care Centers. He donates his time and art to help the local school district, library, and fire department as well as to National Charities like the American Cancer Society, Cloud Foundation (a wild horse advocacy), and the National Mill Dog Rescue.

David V. Gonzales is the culmination of the artistic talent that has moved throughout his family for generations. This artist in motion is a true creative genius! 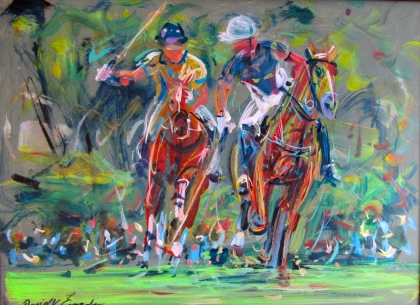 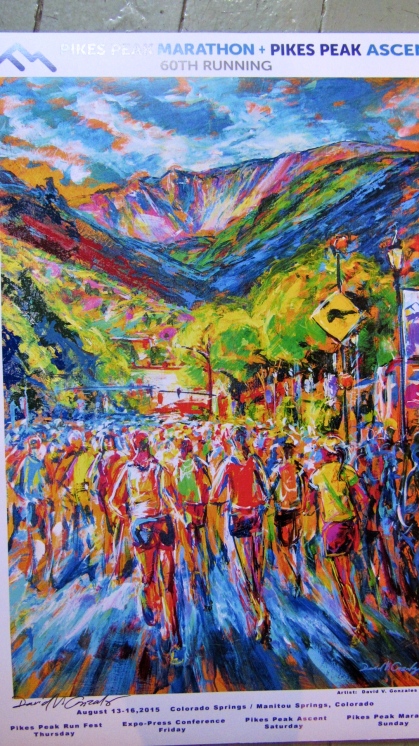